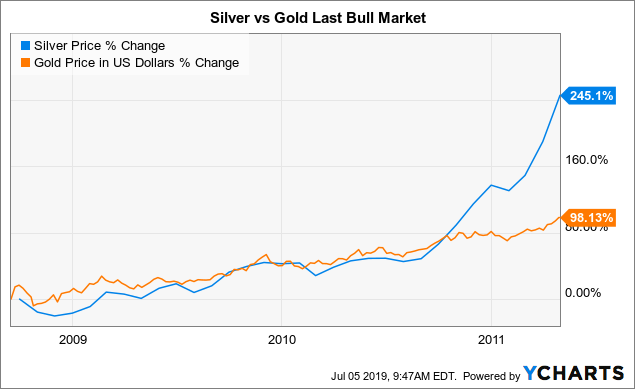 It’s a tough pill for emotion-based investors to swallow, but my philosophy doesn’t follow media hype or the madness of crowds. Since when has anything INCREDIBLE come from following the herd?

I focus on market mispricings and tomorrow’s runners – buy low and sell high is our credo, and it’s made us millions over the years.

We’ve pointed out plenty of mispricings in the stock market and will continue to do so, but right now I’m seeing a couple of assets that deserve to be much higher than they are today. One of them is silver, which some folks disparage as “the poor man’s gold,” but I believe that today’s silver stackers will have the last laugh in the coming commodity supercycle.

In typical fashion, we’ve been seeing gold leading and silver lagging as global de-dollarization takes hold. Central banks in China, Russia, India, and other large countries have been dumping American debt notes (dollars and government bonds) and replacing those reserves with stockpiles of gold. This has put upward pressure on the gold price while temporarily leaving silver behind.

Gold is still massively undervalued, in my opinion…

The evidence is in the numbers: with the gold-to-silver ratio hovering at around 93-to-1, gold is much more expensive than silver, and that’s actually quite bullish for silver. The gold-to-silver ratio’s average has been 54-to-1 over the past 100 years – and although there was a brief period in 1991 when the ratio was 99-to-1, it didn’t stay there for long and this marked the multi-year bottoming process for silver.

I’ll put it to you this way: gold moving first doesn’t mean that it moves the furthest. Feast your eyes on the following chart, which shows silver’s late but spectacular move versus gold in the 2011 precious metal bull market:

The move was 245% versus 98% – it’s really no contest. Today, central banks and commodity traders are bracing for an even bigger and more breathtaking rally fueled by Federal Reserve interest rate cuts (which are consistently bullish for metals) and global de-dollarization.

And just as expected, gold is leading the charge while silver is hesitating. We’ve seen this story play out many times before, and it always ends with silver shooting up like a rocket. Until that happens, expect the spotlight to be shined on gold while silver lurks and waits for its epic moment to break out.

Moving on to the realm of cryptocurrencies, we can find a perfect analogy to what’s happening in the world of precious metals: Litecoin is to Bitcoin what silver is to gold. Just as gold moves first but not as fast, Litecoin has been lagging behind Bitcoin’s amazing breakout but is potentially setting up for a dazzling move.

And just as the gold-to-silver ratio tells a compelling tale, the Litecoin-to-Bitcoin ratio indicates an altcoin that’s relatively undervalued and underappreciated:

Here’s how it works in a nutshell: during the coming Litecoin halving event, the reward for mining Litecoins will decrease from 25 to 12.5 coins. This will dramatically slow the new supply of available Litecoins. You can actually go to LiteCoinBlockHalf.com and watch the clock count down to the halving event – trust me, it’s a big deal among blockchain enthusiasts.

As I see it, the quiet asset classes are often the ones that have the biggest explosions. And as we’ll soon discover, silver and Litecoin will be textbook examples of how the first one out of the starting gate isn’t always the one that wins the race.

This work is based on SEC filings, current events, interviews, corporate press releases and what we’ve learned as financial journalists. It may contain errors and you shouldn’t make any investment decision based solely on what you read here. It’s your money and your responsibility. The information herein is not intended to be personal legal or investment advice and may not be appropriate or applicable for all readers. If personal advice is needed, the services of a qualified legal, investment or tax professional should be sought.

Never base any decision off of our emails. SmartMoneyResults.com stock profiles are intended to be stock ideas, NOT recommendations. The ideas we present are high risk and you can lose your entire investment, we are not stock pickers, market timers, investment advisers, and you should not base any investment decision off our website, emails, videos, or anything we publish.  Please do your own research before investing. It is crucial that you at least look at current SEC filings and read the latest press releases. Information contained in this profile was extracted from current documents filed with the SEC, the company web site and other publicly available sources deemed reliable. Never base any investment decision from information contained in our website or emails or any or our publications. Our report is not intended to be, nor should it be construed as an offer to buy or sell, or a solicitation of an offer to buy or sell securities, or as a recommendation to purchase anything. This publication may provide the addresses or contain hyperlinks to websites; we disclaim any responsibility for the content of any such other websites.  Please use our site as a place to get ideas. Enjoy our videos and news analysis, but never make an investment decision off of anything we say. Please review our entire disclaimer at SmartMoneyResults.com.